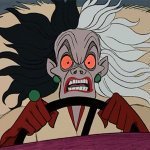 Who will be the last Pope standing ?