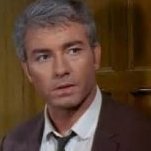 Come up to the lab and see who's on the slab

By Handrejka, February 26, 2005 in DeathList Forum