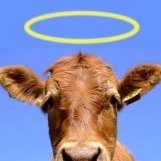 By Achelous, November 5, 2011 in DeathList Forum