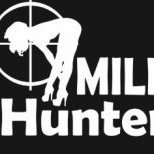 By MILFHunterGMan, August 27, 2019 in DeathList Forum